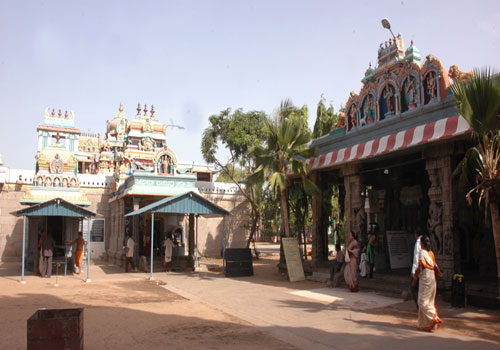 There is also a temple built for Sage Valmiki in the middle of the East Coast Road, very close to the Marundeeswarar temple. The lingam for which Lord Hanuman performed pooja, The lingam(meenakshi sundareswarar) that cured the curse of Lord Indra, the Lingam for which Saint Bharadwaja performed pooja are present here. Markandeyar performed a penance and prayed to lord Shiva here, Lord Brahma is believed to have conducted a festival here for lord Shiva.There is a story that Vishnu worshipped Shiva with his family here to get a son, but he forgot to worshipp parvati devi who cursed his son to die at once after birth.

Location : The temple is on the East Coast Road in Tiruvanmiyur connected by bus facilities.

Near By Railway Station : Tambaram, Chennai.