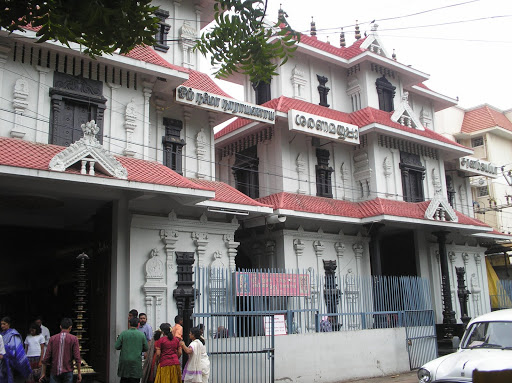 Lord Ayyappa Swami: The Mahalingapuram Ayyappan temple was the first Ayyappan temple in city, Following the Ayyappan philosophy of universal love and brotherhood conceived with the hope that it would be an ideal place of worship for devotees.


In February 1970, Brahmasree Kanippayyur Sankaran Namboodiripad was Invited and a detailed plan was prepared for the temple of Lord Ayyappa with Vigneshwara and Muruga as hIs. By the end of 1971 generous donations from devotees made It possible construct[ons excepting the temples. In 1972, on Vijayadashmi day construction of the main temple in black granite was started under the supervision of Sri.N.Subramanian Stapathy.

Donations continued to flow in and this aided the completion of the temple of Lord Ayyappi divine Parivarams, The Prathista and Kumbhabhishekam of the temple was performed on March 1974 by the Nigh Priest of Sabarimala Brahamasree Sankararu Kantaru Thantri St with tradition. During the prathishta at the Sree Kovll of Lord Ayyappa to the astonishment Garuda was seen circling three times over the temple.

Owing to the ernest efforts of the Sabha the temple grew and became very popular. A temple hr Nialikappurathamnia was added. Soon afterwards the Sabhá procured the adjacent plot of land because they found it diffIcult to accommodate the growing number of devotees especially during the Mandalam and Makara ViIakku season. A temple for Sree Guruvayuráppan was built there and subsequently temples for the Navagrahams, Anjaneya, Garuda, Nagaraja and Nagayakshi were also constructed.

Location : The temple is situated at a distance of 10 km from central Chennai city.

Near By Railway Station : Nungambakkam